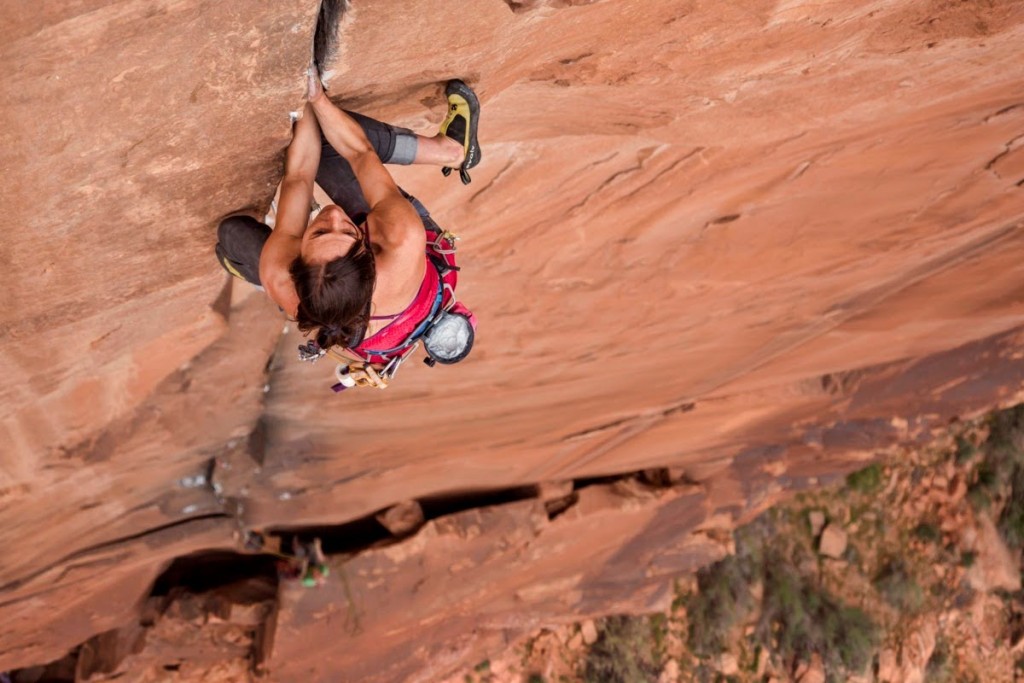 Steph Davis 42, is an American rock climber, wingsuit flyer, and BASE jumper. She is one of the world?s leading female climbers having completed some hard climbs routes in the world. She is the only Woman to have completed a free solo climb, a 5.11 climb, she is the first woman to summit Torre Egger.

The first woman to free climb the Salathe Wall on El Capitan, the second person in women category to free climb El Capitan in one day and the first lady to free solo The Diamond on Longs Peak in Colorado. Steph has been married twice first to Dean Potter then to Mario Richard.

Stephanie Davis was born in the state of Illinois and grew up in New Jersey; ever since Steph was a kid, she loved animals just like most kids do love animals. She has always seen it strange how people grow from kids who love animals to adults who butcher animals violently for meat just because meat tastes good. According to her, meat surely does not taste good. Just because human beings have the ability to do what they want, they have violated animal rights and have hurt them repeatedly which is not good at all.

Davis is puzzled by the fact that some animals are locked up in concrete cages and sentenced to miserable lives. She believes all animals should be treated like prince and princesses(cats and dogs). To her, it beats logic when we lock some animals in cages, butcher others for meat and selectively treat others well.

Steph turned vegan about 11 years ago and everything in her life has turned better as a result, from athletics, climbing, spiritual and mental well-being. Steph didn?t become a perfect vegan overnight but made small changes to what and how she chose to eat and finally became a vegan! After she had started eating vegan, she noticed it made her feel better and perform better. Steph is determined to remain vegan because it made her strong, healthier and energetic.

Steph Davis on the Mountain

Steph Davis Vegan Diet
Steph consumes greens and legumes like swiss chard, kales, brussels sprouts collards and mustard greens which have calcium that is absorbed into the system better than calcium from dairy products. She also eats nutritional yeast, which is delicious and has a lot of vitamin B.

When Steph craves for particular foods, it must be something like brown rice or tomatoes, eating simple diet guarantees better health.