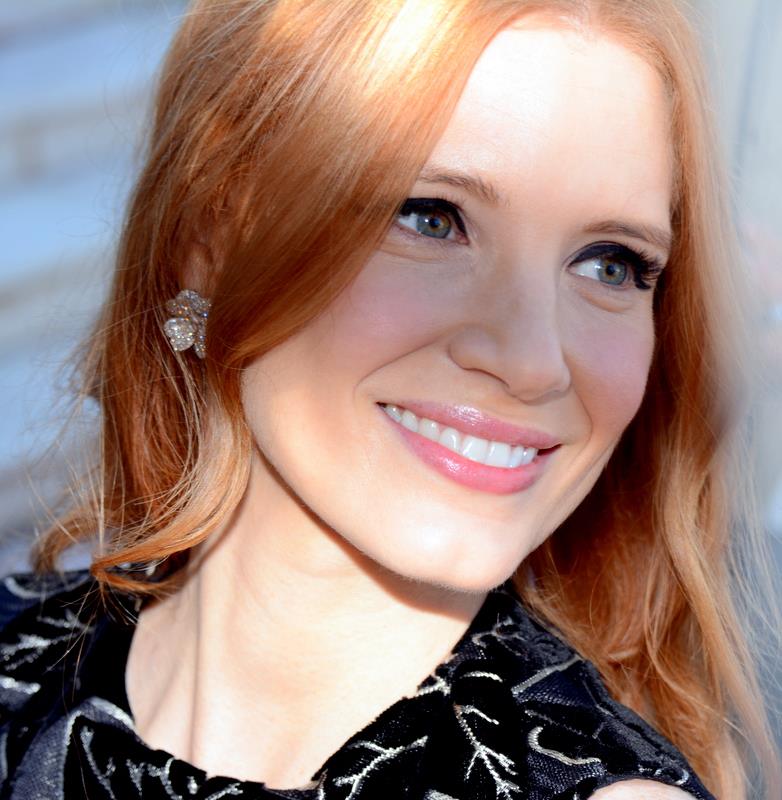 Jessica Chastain or Jessica Michelle Chastain is an American Actress. She was born on 24th of March 1977. Even after being only 38 years old, she made many successful and famous films in her life. Jessica began her career in the acting line in Hollywood by playing guest roles in many Television shows. ‘Jolene’, a movie which has a 6.5 rating in IMDb, is a very successful movie, and she made her debut in that film. Soon, she gained a lot of recognition.

Her performance in the movie ‘The Help’ as Celia Foote helped her in getting nominated for the ‘Academy Award for Best Supporting Actress’ award. Jessica is also a trained dancer and a pop icon. Her performance in other famous and successful films like ‘Interstellar’ and ‘The Martian’ are amazing.

Jessica Chastain was born in Sacramento, California. She was the daughter of Jerri Renee, who was a vegan chef. Vegan is someone who has no connection with animal products. Besides, from a being a complete vegetarian, vegans do not wear leather, wool, silk, fur or any material which are made from animals.

Vegans don’t even drink milk or eat eggs, honey, cheese or consume any dairy product. Some vegans like Jessica Chastain sometimes stay away from processed cereals as they may contain animal glycerin. Being a vegan is sometimes very hard, and we have to give Jessica credit for that.

Jessica Chastain has been a vegetarian for fifteen years plus a vegan for eight years. In an interview, she said that she was highly influenced by her mother who was a vegan chef. According to an interview, we can understand that Jessica is a person of completely different thinking. She has an immense respect for the animals. Jessica did not want to torture any animal or living organism. She wanted to live a kind of life where she did not wish to hurt anybody. Jessica did not wish to contribute to ‘cruelty’ in this world.

In another interview, she made this clear that while she is living on this planet, she wanted everybody (be it human or animals) to know that she is grateful that they are living in this world. These are the reasons why she turned vegan. There is no explicit information which mentions when Jessica Chastain turned Vegan but according to the information we have, we can assume that she became Vegan in her late twenties or early thirties.

Jessica has been a vegan for many years. But there was a scene in the movie “The help”, where she had to eat a fried chicken but she made sure that the chicken was a vegan chicken meaning that it was a copy of the real chicken, before eating it. She believes that being a vegan is highly beneficial for health. She was able to drop some excess weight after following a vegan diet. To maintain her figure, she prefers vegan diet more than any other diet.

But in an interview, she has said that she cannot stop herself from eating ice cream, and so, she prefers vegan ice cream. She is one of those actors who claims the high benefits of vegan diet. Even scientifically, a vegan diet has many advantages. She lost her extra weight within months after following her vegan diet. Jessica believes that yoga is an extremely powerful method to lose weight quickly. Besides her already hard to follow vegan diet, she says that yoga is more helpful than physical exercise. She finds it relaxing and calming.

Yoga played a significant role behind her weight loss. She said that it might seem that vegans eat only salads but there are many recipes which include fruits, vegetables and grains and meat alternatives. Proteins can be gained by nuts, seeds, lentils, peas, soy, etc.

Jessica Chastain is an incredible actress. She is one of those women who always follow their plans. She shows us that to live a good and healthy life; you do not need to be a non-vegetarian. Instead, being a vegan not only helps us to maintain our health, but it also does well to the other organisms living in the world.