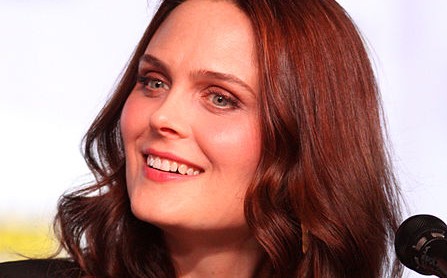 Emily Deschanel is a talented actress who plays the role of Dr. Temperance Brenn in the hit drama ‘Bones’ on Fox Television. She has been on the show for eleven straight seasons playing the role of a forensic anthropologist. In the show, Dr. Brenn is a vegan and sticks to her beliefs throughout her acting.

It is not such a coincidence because; Emily Deschanel is a vegan in real life. The actress has been a vegan since she was 16 years old and continues to adhere to her cruelty-free beliefs despite her success in the acting industry.

In a recent interview, Emily revealed that she became a vegan after learning that she can make a significant impact on the environment. She quotes a study carried out by the United Nations that showed consumption of animal products resulted in higher greenhouse gas emissions compared to those from the transportation industry.

It is then that she decided to become a vegan and consume fewer animal products to save the planet from the consequences of global warming. Her vegan beliefs mean that she does not consume any meat or dairy products in any of her meals.

Emily’s strict vegan diet has received a lot of criticism from different quarters, especially when she was pregnant with her son Henry. Critics felt that she denied her unborn son vital nutrients by avoiding dairy and meat products.

However, she did not falter and continued with her vegan diet. After the birth of Henry, Emily and her husband David Hornsby decided to raise their son as a vegan. Critics were at it again accusing her of denying her son essential nutrients by cutting out dairy and meat products from his diet. Although her husband is not a 100 percent vegan, he supported Emily in her decision of raising her son. However, the actress was quick to reveal that as Henry grows up; they will educate him on why people make certain choices about food.

Apart from the diet, Emily incorporates other vegan aspects in her life. For example, she uses natural beauty products on her body and consumes organic products.

Emily has also installed solar panels in her house for heating and other domestic purposes. Besides, she is also an animal rights supporter and champions numerous causes related to ensuring animal kindness. This has seen her gain recognition from various animal rights organizations, such as Farm Sanctuary. Emily also drives a hybrid car that consumes less fuel thereby lessening the carbon footprint.