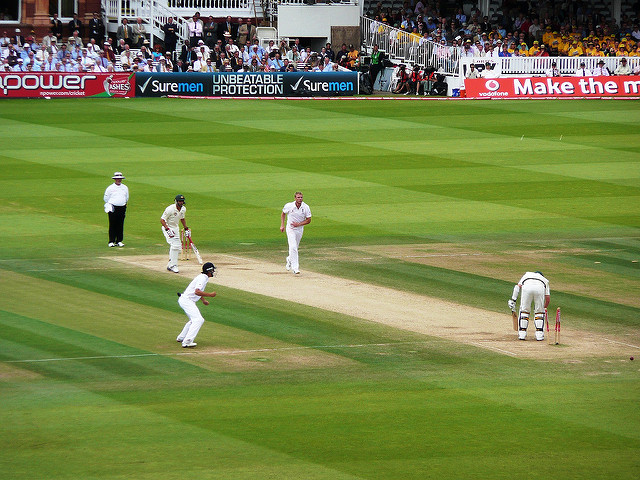 Fast bowler Peter Siddle is one of those athletes that made a drastic transformation from an athlete that eats meat and high protein diet to a 100% vegan diet athlete. And not only that, but he also stops drinking alcohol. He changed alcohol drinks with coconut water.

People will think that his performance will suffer now that he don’t eat “real food.” But that is just not true. Before he turned to 100% no meat and other animal products diet, he was vegetarian. Since 2002, he did not eat meat. He was vegetarian from 2002 to 2013 when he turned to full vegan diet.

A major influence on this decision made his partner Anna Weatherlake. She also prefers no meat food. She is a long time vegetarian and now probably vegan too, just like Peter Siddle. Vegan transformation was carried out before Australias Ashes tour. Peter Siddle was a key player on this tour because he played in every match. Many have seen this extra energy coming from his new vegan diet.

Peter Siddle says that his new vegan diet brings him many good. He feels more energized. He can easy wake up and go trough a day without getting tired or sleepy.

You are probably asking yourself what does Peter Siddle eat. Well check Peter Siddle Instagram profile and see for yourself. I just dig up this fresh soul burger he eats.

You think that’s a burger? This is a burger ? The ‘American Badass’ from @soulburgerau. Smashed it! ?? #SIDSeats #SoulBurger #PlantBased #PlantPower ??

Looks delicious and it is soul burger, so no meat or any other animal product in it. 100% Vegan. By the looks, you would not think that.

Peter had many problems in his career. He had downs like every other cricketer. But the only difference is that his bad plays are linked to his vegan diet while all other cricketers who have a severe form never get asked what they eat. Like eating crap is normal and nobody will question you, but if you decide to eat healthy food and live a healthy life and all of a sudden you get ill or have a bad form in a sporting event, you will be blamed and questioned about your lifestyle.

Despite all this criticism about his diet when he has a bad day, many other cricketers have realized that living a healthy life without animal products may bring their game to another level. Adam Zampa is one of them; he is a spin bowler. He also turned to plant based food, and you can see some of the foods he eats on his Instagram.

Kane Richardson turned to a vegetarian diet in 2014, but recently he switches to full vegan diet. We can say that Australian Cricket is getting fueled by plant-based diet and don’t be surprised if other cricketers from other countries start changing their diet. After all, there are many proves that professional athletes who want to be the best turn to a vegan diet. They feel more energized and recover faster after the training or a match.

If celebrities can do it, then you can do it too. Get more power and more energy by turning to plant-based food. Share some pictures of what you lately eat in the comment below.

This site uses Akismet to reduce spam. Learn how your comment data is processed.