Who will expect that a five-time Mr. Universe will be put in the same sentence with a word vegan? The world is indeed changing, and the elites are first going to change as always. The wolfs lead the pack, and at the end, sheep will come. I think many of you would agree that Arnold Schwarzenegger is one of the elites. Not only he won five times a title Mr. Universe, but he was also seven times Mr. Olympia. For those who don’t know what these titles mean, I can say only that he was the best bodybuilder for many years. After all bodybuilding was his starting point that makes him record all the successful movies, and in the end, we can even say bodybuilding made him governor of California.

Let me just mention some of the highest rating movies with Austrian Oak in the leading role. 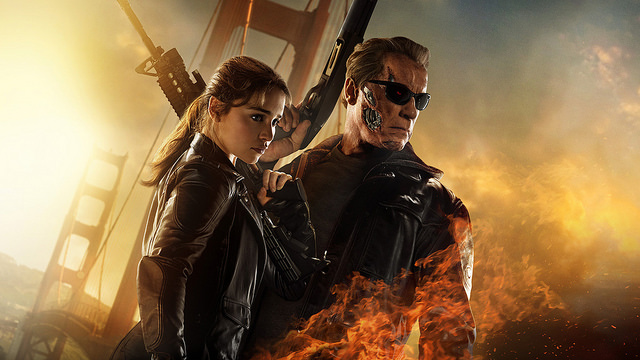 IMDB
Without a doubt, Terminator 2 is the best movie that Arnie made. We all know the quote from the film: “Hasta La Vista Baby!”. I know I repeated it many times for fun.

IMDB
The first series of The Terminator was actually the first movie that put Arnold on the throne. In this movie, Arnold is the villain, but he is such a good villain that this movie made him a star over the night.

IMDB
Three years after The Terminator Arnold filmed Predator. A bunch of marines drops on the Island to fight a creature from outer space. They all die except you know who, Arnie.

IMDB
Many years later Arnold filmed another Terminator, and this one was also successful. Highly rated on IMDB, it is one part of Terminator that is still worth to watch even after many years.

IMDB
Total Recall is the futuristic movie about Mars and the new world. Arnold is magnificent in this movie, together with Sharon Stone the movie is well worth to watch. The film is made in 1990 and still highly rated.

IMDB
True Lies is all about terrorists, nuclear heads, fun, and humor. Directed by Arnie’s friend James Cameron, this is a different type of movie than he usually made in his first steps in a movie star career.

IMDB
In the Conan Arnold Schwarzenegger showed his muscled body through the whole movie. The movie is still good, a story is decent, and overall it is rated kind of high on IMDB.

IMDB
So far on the list, we had early movies filmed in the 80s and 90s. Escape Plan is a new movie, shot in 2013. Together with Sylvester Stallone, the movie is packed with action.

IMDB
You would expect this movie to be much higher because it is a cult movie and probably one of which is Arnie well known. But unfortunately, IMDB audience did not like it too much and rated it with a kind of low rating comparing it to other movies.

IMDB
And last on the list is Commando. Something like Rambo movie but with Arnold Schwarzenegger in a leading role. It is a popular movie of that time where one guy goes alone against hundreds and win.

These are best movies by Arnold Schwarzenegger but he as all actors made many bad movies. Remeber Junior; you would expect this to be his worst movie where in fact Arnie is pregnant, and only that info should tell you how stupid this movie is. But you know which is worse than that? Batman & Robin. In this movie, Arnold is Mr. Freeze, and he did his role pretty good. The Batman is George Clooney who we can call the worst Batman of all time. 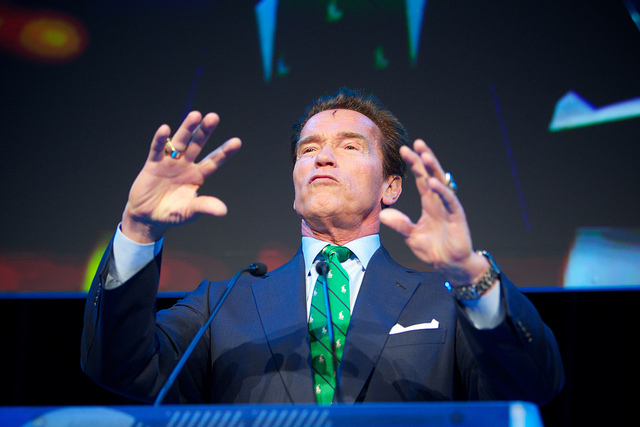 In his recent interview about his diet, he says that he is cutting on meat. In the same interview, he also says that he will probably never be 100% vegan. It is a hard process to turn from meat eater to full-time vegan. It is like smoking. If you were a smoker, then you know how hard was for you to stop smoking. The same thing is with meat, eating meat is just like smoking, you know it is not good for you, but you just keep on eating it because you cannot stop. And the same thing is with Arnie, doctors have told him to cut down on meat because of health reasons. I just hope someday Arnold Schwarzenegger will have the power to turn to full vegan diet.

Decades ago Arnold Schwarzenegger was preaching different things about bodybuilding diet. He said that best protein is from milk and eggs, but now we know that in fact, the human body does not need such a large amount of protein and in fact, eating a plant-based protein is much better. Because of that, we have top athletes who eat only plant-based food and still beat the ones that eat meat. And even the Governator says: “If they tell you to eat more meat to be strong, don’t buy it.”

This interview was done in 2016, and in the YouTube video, you can see Arnold preaching the same thing in 2017. And in the latest vegan documentary The Game Changers which he filmed with his longtime friend and movie making partner James Cameron, Arnie has a big role. I didn’t yet watch the movie, but I hear all the best things about it. As soon as it comes to my place, I will watch and report on the blog. James Cameron is maybe also one of the reasons why Arnold is turning to plant-based foods, both of them are in this together, and both of them love planet earth and understand what meat industry is doing to people and to the planet. After all, you can hear some of that issues from Arnie’s mouth in the YouTube video linked above.
At this moment Arnold Schwarzenegger is working on new Conan movie as well as new Terminator. I am really looking forward to seeing his next movies now that I know he is trying his best to turn to a vegan diet. Let just hope he will be more successful than Mike Tyson.