Tia Blanco is one of the hottest surfers on the planet, and she is vegan. Tia Blanco is a very successful professional surfer, and she competes regularly. She already made astonishing results in her career. In 2014 she won two under 18 years tournaments, NSSA Southwest Women’s and Surfing Prime America Women’s. She was also placed third in the World Juniors competition.

Surfer Magazine placed her in top 100 hottest surfers list. You can check Tia Blanco Instagram to see why is she on that list. In 2016 was her best year, and she won World Surfing Games, but her jump in career happen when she won Ron Jon JR Pro in Florida in 2015. She is still competing, and just a few months ago in March she won two tournaments, Rip Curl in Tofino and Corona Extra Pro Surfing Circuit O’Neill Series. 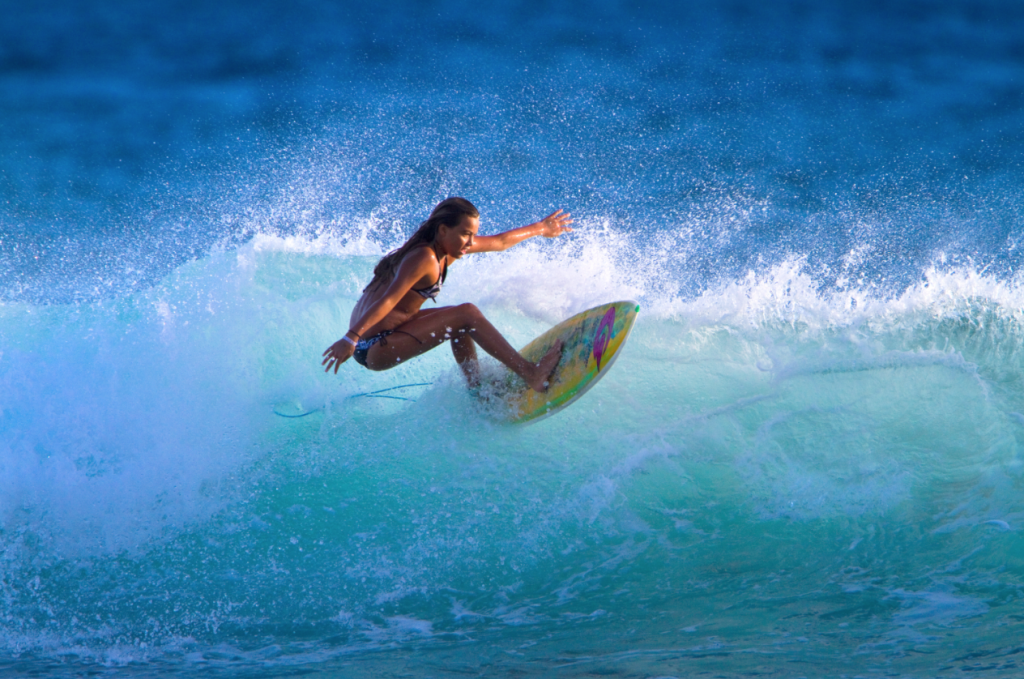 Tia Blanco turned to a vegan diet a few years ago, in 2013. But she was a whole year vegetarian, she was vegetarian since she was born. She makes a decision to turn to a vegan diet after watching informative vegan documentaries. She watched “Behind Glass Walls” and read popular books that recommend a vegan diet, “Fork Over Knives” and “The China Study.” Health benefits from a vegan diet and promoting a world free from animal cruelty are the main reasons she turns to a vegan diet and vegan lifestyle.

Because of her surfing career, she is traveling a lot and many times she finds her self in a city which offers low-quality vegan food. She prefers raw vegan food, but sometimes she needs to eat food like pasta, bread, and rice. But this apparently does not represent a considerable problem to her career or her health, after all even a pasta, bread and rice are better than artificially made meat in a slaughterhouse.

Like many regular vegans, Tia Blanco also gets in conversations about her diet. She says that many times she was in a situation where people ask her about protein intake. It is a definite myth and propaganda from the meat industry that the only way to get enough protein is to eat animals. In the 21st century, we should know better.

Tia is from Puerto Rico, but she competes and lives in the USA. She is only 20 years old and already famous in a surfing world. She also has over 300 000 followers on her YouTube channel. On her channel, you can find much advice on a vegan diet but as well on yoga. She is a dedicated yoga practitioner.

We wish Tia Blanco many successful wave rides and hope we will see her in 2020 at Olympic games in Tokyo because surfing discipline will be listed by an Olympic committee. It would be really nice to see another vegan wins an Olympic medal just like Dotsie Bausch did in London 2012.