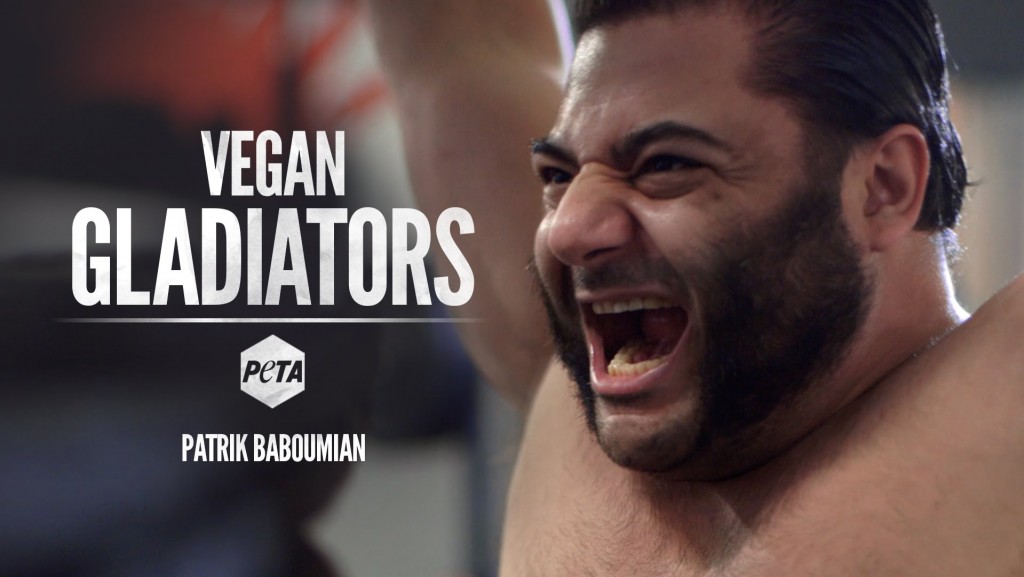 Patrik Baboumian is a strongman competitor, former bodybuilder and psychologist. He is a living proof of the fact that a plant-based diet can also opt without losing their strength required for professional performance. He was born in 1979 to Armenian parents in Abadan, Iran. When Baboumian was seven, he and his family emigrated to central Germany. In his early teens, he started body building and power lifting.

Patrik turned vegetarian in 2005. Though he was expecting some slight adverse effect on his performance due to his meat-free diet, he was surprised by the significant gains in strength and lean body mass. Patrick states that he has gained 25% strength in only six months after he stopped eating meat. In 2011 after conquering the German strongman medal he took the next step and switched to a vegan diet.

Now he tells ?I have never been stronger, and I never felt better in my entire life.? He is advocating a vegan diet and became the new face of a campaign held by PETA. ( People for the Ethical Treatment of Animals).

First, he stopped eating meat because he didn?t want to be the reason for animals? death. But then, when he learned more about the food industry, he realized that consuming eggs and milk is same as killing animals. Because, for instance, when you consider the egg production, male chickens are killed and sold to the meat industry because they are of no use to the egg industry.

Being a strength athlete, Patrik?s body needs all the three macronutrients (carbohydrate, protein and fat) absurd amounts. Especially, protein plays a critical role in the development of the body as required to endure the exhausting events he has to face as a strongman. He states that his main protein sources are: beans, soy-protein-powder, soy milk, tofu, and nuts.

He uses carbohydrates out of potato, rice, fruits, oats, and vegetables to get the energy required for his daily practice sessions. He consumes smoothies and shakes, to get the large amount of calories needed to maintain physical strength and to gain weight.

Patrik recently published a book titled VRebellion-1: How to Become a Vegan Badass, about the benefits of the vegan lifestyle. Patrik words ?true strength isn?t about building biceps or how many pounds you can deadlift. It?s about extending kindness, showing gentleness instead of cruelty, and exercising our compassion? serves as a great inspiration for people who want to turn vegans.