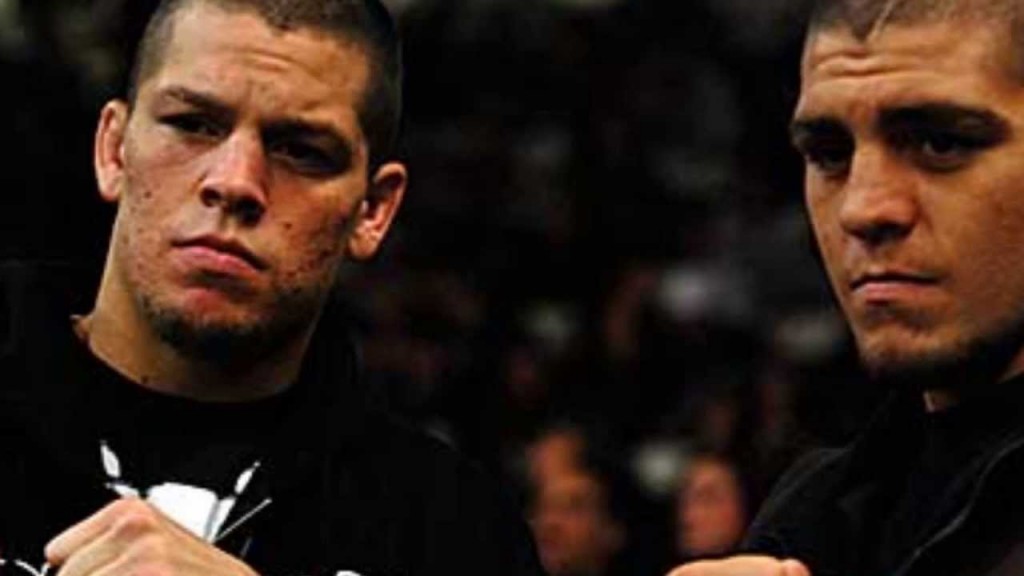 Whenever someone mentions a celebrity, the mind automatically visualizes a fancy lifestyle that is characterized by self-indulgence and all sorts of flashy possessions. The reason for this is because celebrities can afford such lifestyles and only a handful make any meaningful effort to remain disciplined. Nick and Nate Diaz are part of this rare breed of celebrities who have chosen to lead lives of restraint.

For anyone who is unfamiliar with these names, Nick Diaz is a famous American mixed martial artist, who has several titles under his name.

Nathan Diaz, or simply Nate Diaz is Nick’s younger brother, who has keenly followed in his elder brother’s footsteps both career wise and diet wise. The Diaz brothers, as popularly known across America are currently household names due to their enviable track records in mixed martial arts.

Interesting to note, however, is the fact that popular as they are, many people may not be aware that the two are strict vegans. Even more impressive is the fact that they prefer a raw vegan diet, such that where their food has to be warmed, it should not go beyond 40 degrees Celsius. That is, the Diaz brothers don’t consume meat and dairy products, but also vegetables whose natural enzymes have been killed by heat.

They prefer a raw vegan diet because, according to Nate, they can take their fill, but still be able to lose weight for an upcoming fight. Further, their ability to endure training and success in martial arts has been associated with their raw vegan diet. In fact, several mixed martial artists are already following their example, as they believe it can make them better fighters.

Nick started on the raw vegan diet at the age of 17 years. He has been on this diet for over a half of his life now. His younger brother, Nate, followed suit when he was 18 years and like his brother, he has maintained this diet for close to half his life. It goes without saying that for Nick and Nate Diaz, raw vegan is the new normal. They both feel very comfortable with their diet and are unlikely to discontinue it.

Instead, they advocate it on grounds that it enhances their performance in competitions. Nick even refers to his raw vegan diet as a clean diet to show how he esteems it. The only worry for someone seeking to emulate Nick and Nate Diaz would be the ease of accessing raw vegan restaurants. This is no longer a problem, as raw vegan restaurants have emerged everywhere, making it easy to maintain this diet.