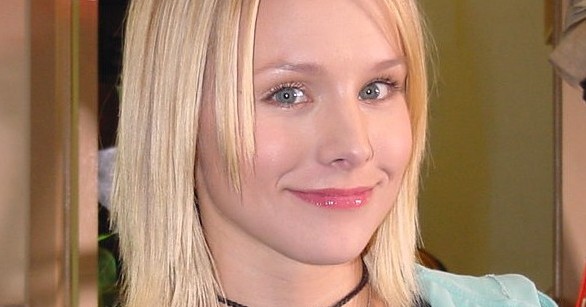 If someone told you to live without eating meat, you would find it almost impossible to do it. You may be able to live without it for a day, a week or at the most a month. Now, if someone told you that other than meat, stop eating all animal products including eggs, dairy products, and other animal-originated ingredients, you may find that absurd.

The followers of this type of diet are known as vegans and they practice what is called veganism. Vegan food is considered a healthy choice and is high in many vitamins and minerals and low in fats and carbohydrates. There are many people that have been becoming vegan in the recent years, including famous people such as politicians and celebrities. One such celebrity that had been a vegan is Kristen Bell.

Kristen Bell is known for her acting and singing skills. However, one more thing that she works hard on is her charity work for protecting animals. Bell was a vegetarian from a young age and had a support of her mother who was a nurse and did research for her to stay a vegetarian. Although, she never liked the taste of meat to begin with, she was always an animal lover and loved spending her time with dogs and cats since she was little.

However, she became a vegan in 2012 after she watched a documentary that promoted plant-based diet to avoid chronic diseases that are caused by consuming animal products. After her awareness to this subject, Bell and her husband also became strong supporters of anti-animal cruelty and started fostering and protecting animals.

Her love for animals and, therefore, being a vegan has also pushed her through another hobby and passion of gardening. Bell grows a lot of produce in her yard from healthy choices like cilantro, baby greens, carrots, broccoli and more. She loves to cook healthy meals for her family and friends and enjoys eating with them knowing that she is helping to protect animals.

She continues to be a strong supporter of healthy food choices, low-fat and non-processed foods and also because of being an animal lover, encourages everyone to be a vegan. She is currently supporting Helen Woodward animal center in San Diego, other non-profit organizations and often helps to raise funds for the American Society for the Prevention of Cruelty to Animals.

Kristen Bell has also been named as the “Sexiest Vegetarian Celebrity” by animal rights group PETA.