Jim Morris is one of those people you probably didn’t hear about, especially if you are not into body building. But Jim Morris life story is worth to tell. He is the guy who was living in front of the time.

And like all big people who didn’t receive all the gratitude during the life, Jim Morris as well is being recognized as an individual who was living in front of the time. Jim Morris died at age 80 on January 28, 2016. 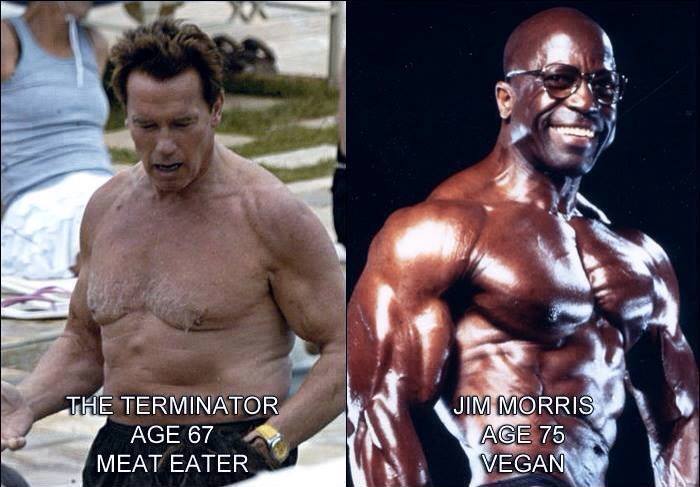 He won Mr. USA in 1972, AAU MR. America in 1973, Mr. International in 1974 and MR. Olympia Masters Over 60 in 1996. As you see, he had a life long career. Mr. America title he won with the biggest point spread in the history and when he was 37 years old. That puts him int he oldest Mr. America title winner. These records will not be overtaken anytime soon. Winning a Mr. America title in 1972 was not taken well by media. They didn’t show his picture, and some of them didn’t even mention his name. Reasons for this may be his skin color; he is black and openly gay. These two combinations didn’t go well back in 1972.

Jim Morris was working out his whole life, was actively competing for 37 years. His last title was in 1996 IFBB Masters Olympia Over 60. He never stopped working out.

Jim Morris becomes vegetarian at age 50. So as you see, he won Mr. Olympia Master Over 60 by being vegetarian for over 10 years. He didn’t lose muscle, in fact, he gained and looked good as always.

Not only he turns vegan at age 60, but he also stops eating refined and processed food. One time when he was giving one of many interviews, he said that for a healthy body you nee three things: healthy diet, exercise and stress reduction.

He turned to a vegan diet when he realizes that American way of living is not healthy and not promoting health but profit for the companies that sell processed food, the meat industry and other not health promoting organizations. 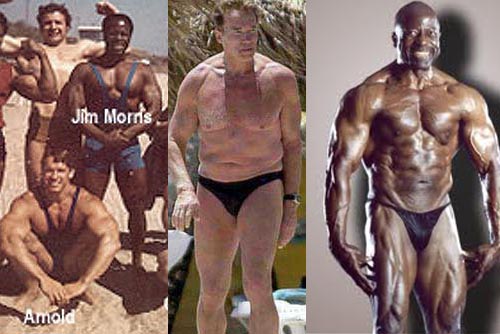 Jim Morris Famous Quote:
“The western civilization culture is anti-health in that it is designed to produce profit, not health. Read up on epigenetics. You control more of the genes which differentiate you from other humans than you realize. You are your own creator and creation.”

By reading this quote, you may understand that he was living in front of his time. You can see what his beliefs were and who he really was.

On 28th January 2016 Jim Morris unexpectedly died. Surprisingly because if you look at his recent videos whoa re just a year or two old, you will never say that he is 80 years old. He was looking more like a 50-year-old guy who is in good shape. One of his mottos was not to fight aging but to control it. That why he has best possible health and body at every age. You can see that by looking at his career.

He didn’t get credit for his biggest titles like Mr. America and Mr. USA but he for sure will be remembered here on beegans.com. He proves that vegans can be bodybuilders and build bigger and stronger muscles than people who eat meat.