2017 was not a good year for 23 animals. They died and will never come back. A big part in this genocide is on us, humans. We, humans, are guilty of what is happening on the planet earth. This is the age of Anthropocene. As animals go extinct, there is only a matter of time when the same scenario will happen to use humans. Some people say that it is already late to do anything and that we passed the line of the return and now there is no way to go back. Others, like some presidents of biggest countries in the world, are not well educated and say that climate change is nonsense. CO2 emission and growing usage of fossil fuels are normal and that we are not doing any harm to nature, yet every year animals go extinct.

This article is dedicated to the 23 animals that left us, and our children and we will never see them again. 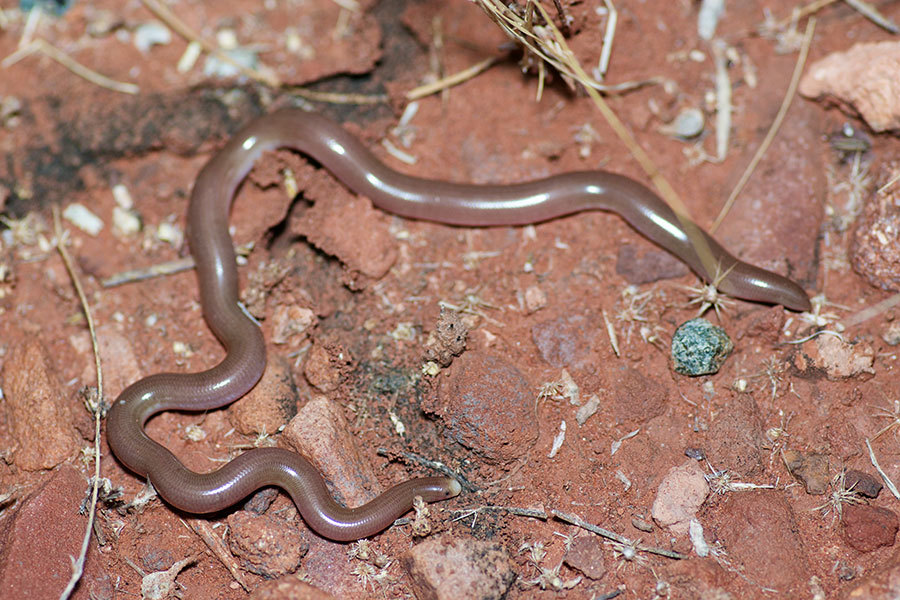 On the above picture is not Anilios Insperatus, but I use this picture, so you get some image and see how this extinct blind snake looks like. And sadly there are no pictures to be found online, that’s how fast this species got extinct. The snake was living in south-east Queensland (Australia) in open forest. Fassifern Blind Snake is extinct probably because of loss of the habitat, mainly influenced by humans. 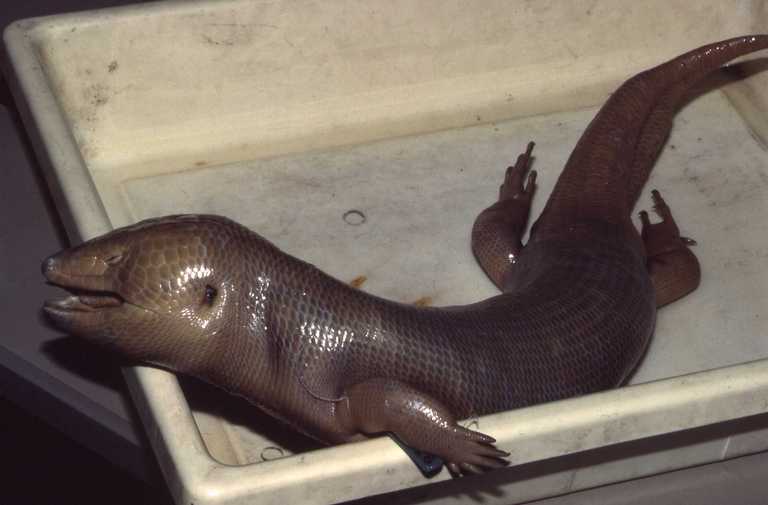 Endemic species from Jamaica is not possibly extinct. But thanks to the zone around Black River Morass there is a tiny hope that some species may still be alive. But the introduction mongooses, a predator that hunts Jamaica Giant Galliwasp to the habitat is probably the main reason for their extinction. 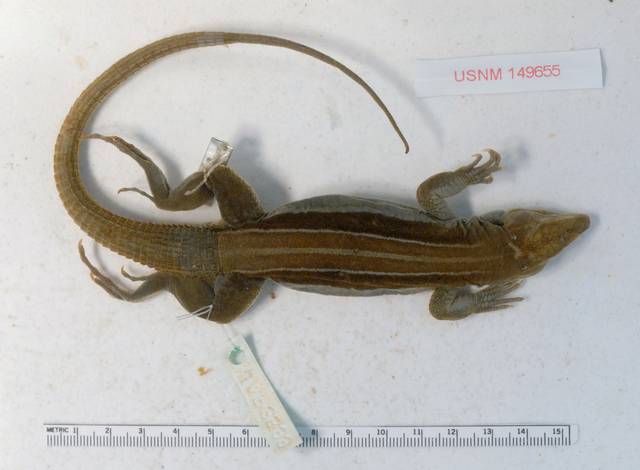 This amazing reptile is extinct from the planet earth. natural habitat is shrubland. Peters Ameiva was located in southern parts of Ecuador. The main reason for his extinction is domesticated animals introduced into his habitat. Domestic animals like cats, dogs, chickens, and even rats. Agriculture in the country, mostly onions and corns are number one reasons for habitat transformation. In other words, we humans are guilty again. 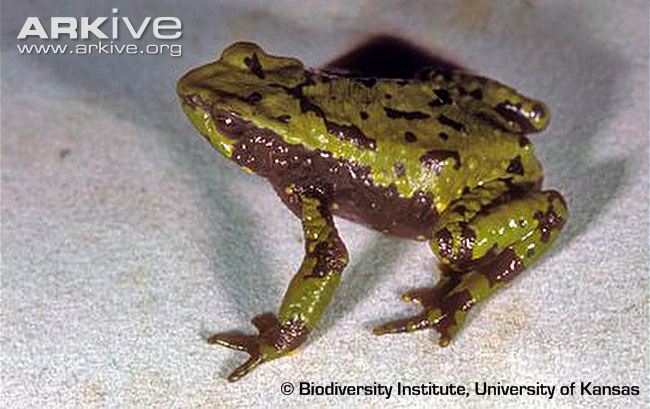 This toad was living only in Columbia and now is possibly extinct. The main reason is chytridiomycosis which is an infectious disease in amphibians. Chytridiomycosis is linked as a key factor for the extinction of many amphibian species in the world. There are some calculations that this disease is the reason for 30% of the decline in amphibian populations all over the world. But still, important threats are livestock farming and ranching and pollution caused by agriculture and forestry effluents. 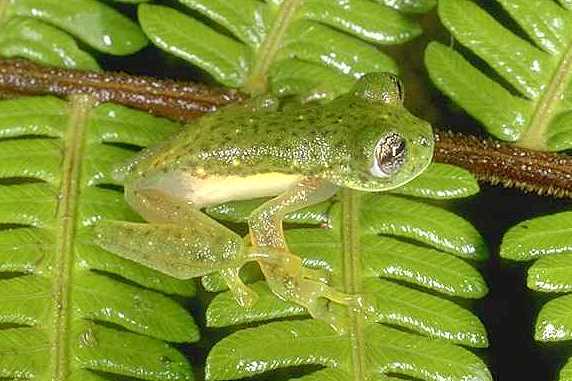 What a beautiful frog, now extinct. This amazing frog was endemic species in Peru, but it is now gone. Natural habitat is montane forest, rivers, and frog needed tropical moist for reproduction and living. And just like in Ecuador in Columbia is also the main problem fungus Batrachochytrium dendrobatidis which causes chytridiomycosis. 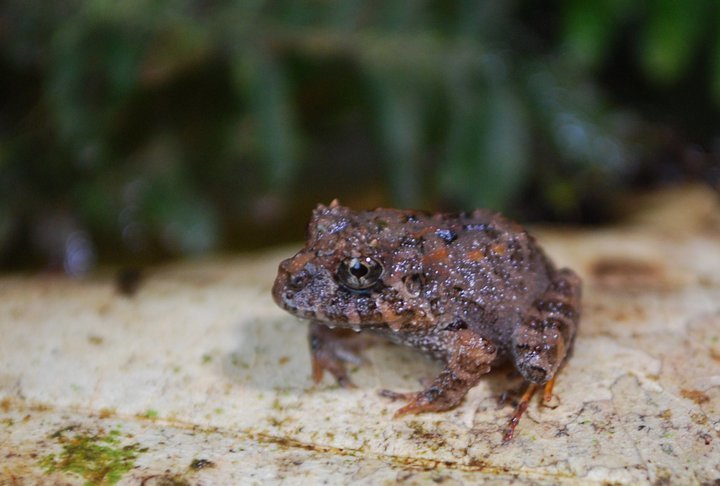 Another species that goes extinct which photo is unable to be found on the internet. On the picture, we see Strabomantis sulcatus. And also another Columbian species that go extinct thanks to the habitat loss. The natural habitat of this frog is a montane forest. Columbia is rapidly losing endemic species. Mining and agriculture are the main reasons for the death of this species. 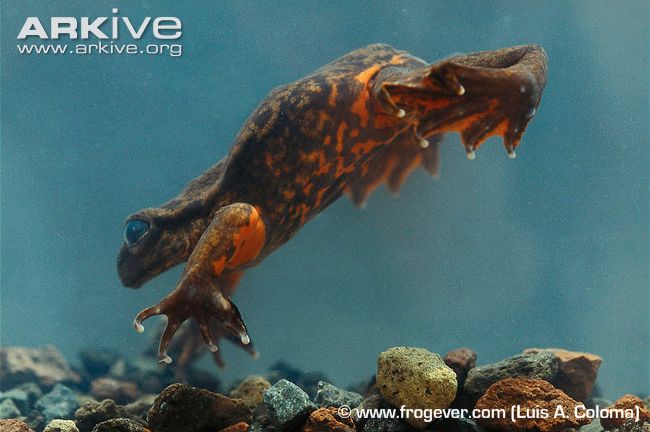 South America is losing amphibians at rapid speed. Black water frog was living in Ecuador and was endemic species which could only be found in Andes of Ecuador. Livestock farming, ranching, housing, hunting, and trapping is the main reason this amazing species is gone. 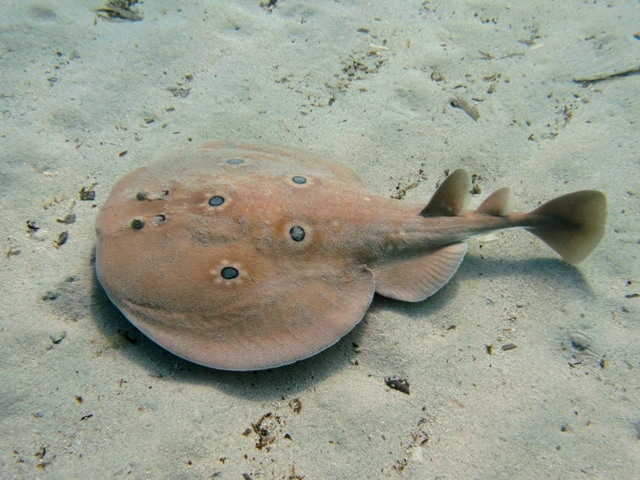 The fish on the picture is not Torpedo Suessii because there is no photo taken of that fish or at least there is no picture of that animal on the internet. Fish was living in the red sea, close to the Gulf of Aden. The main issue is illegal hunting in Yemen and most probably in other countries where this fish can be found. until 1970 this fish was hunted massively as it was one of the industries in Yemen. 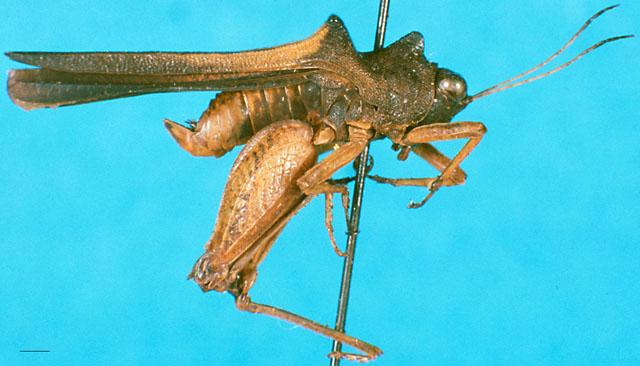 Sadly this is the only picture that can be found of this grasshopper on the internet. The habitat of this extinct animal is a specific location on Madagascar. The species lost habitat because of logging and wood harvesting. 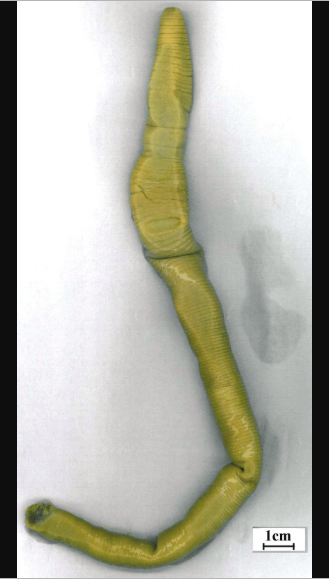 New Zealand earthworm is now extinct. There is no known picture of this worm on the internet. The worm was resident of Palmerston North, New Zealand. Housing and growth of urban areas is the main reason this earthworm is extinct. 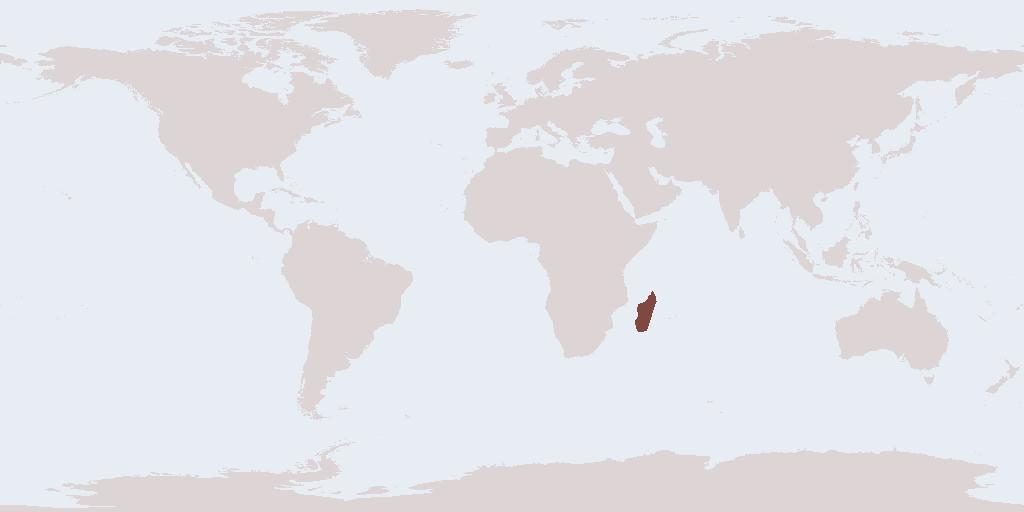 Unfortunately, the image of this little bug is not known. It probably looks like a standard Grasshopper but I can not tell because I could not find any image from this bug. the main reason for extinction is a loss of habitat because of railroads and roads building. 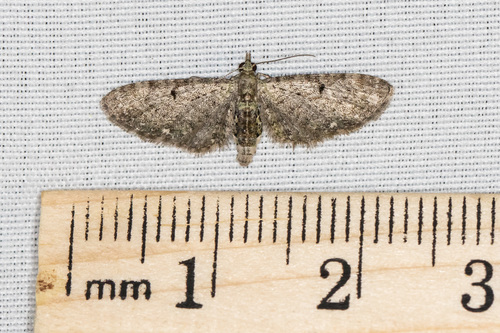 Geometer Moth (Eupithecia Ogilviata) is the moth found in the Azores. Unfortunately is extinct and will be no longer be able to be found. Sadly nobody has taken pictures of this specific species. Reason for extinction is droughts and shifting of habitats. 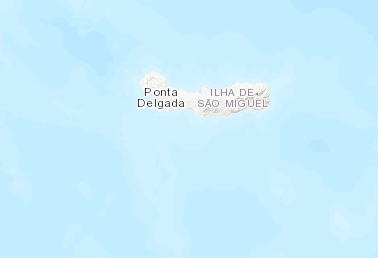 Unfortunately, even this species has no image on the internet. natural habitat is Ponta Delgada island in the Azores. The main reason for extinction is drought and habitat change thanks to volcanic eruptions. 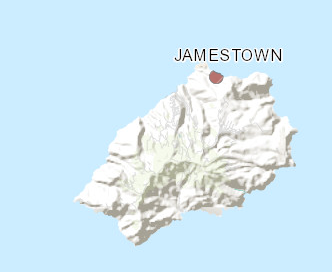 Flagstaff Fungus Weevil is endemic species of Saint Helena, an island in the middle of Atlantic Ocean. The main reason for the extinction of this bug is changes in habitat, global warming, and non-native predators.

On the same island, another bug is extinct. Knobbly-winged Fungus Weevil is extinct because of the same reasons, non-native predators, habitat change and global warming. 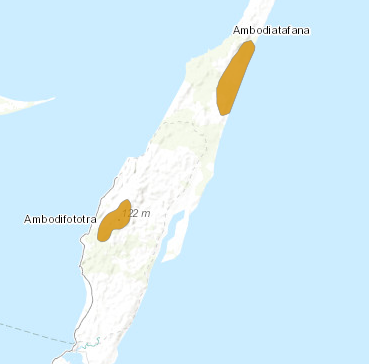 there are no pictures of this animal online. last known habitat was on Nosy Boraha, a small island near Madagascar. The main reason for extinction is a human disturbance and habitat loss because of logging and wood harvesting.

Unfortunately, another species is gone from Madagascar. The main reason for the death of Wide-headed Wood-Millipede is deforestation for the pasture. 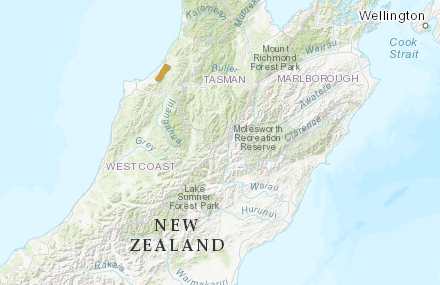 This earthworm is extinct because of excessive mining in Stockton coal pit. Another reason for extinction is the introduction of domestic animals like pigs or possums.

The Azores are losing endemic species just like Madagascar and Darkling Beetle is another species lost on the island. Just like with other animals of this kind on the island, the main reason for extinction is volcanic activity, housing, and growth of urban areas. 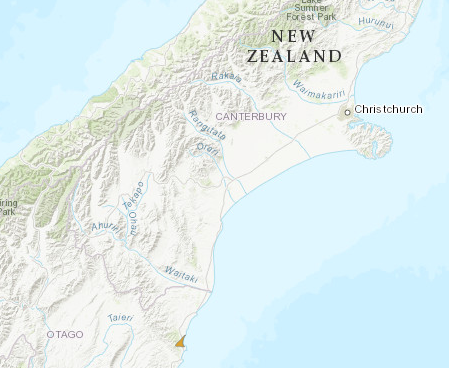 Extinct from the planet earth because of human activities like agriculture and pastoralism. livestock farming is also one of the main reasons why this type of species is going extinct.

Another type of Rove Beetle is extinct on Azores, Ponta Delgada. Once one species goes extinct on specific location you can expect more of the same type of species to be extinct sooner or later. The main reason for extinction are droughts and since climate change is happening there will be even more droughts so even more species will go extinct.

As you probably already noticed, same locations are losing species. The Rotund Fungus Weevil is lost from Saint Helena due to the large amounts of non-native predators like spiders and ants. Global warming and climate exchange are also guilty of the extinction.

23 species lost their place on earth and as you see the main reason for the loss of all the species in this list is human activity, direct or indirect. We are the meteor that will make this planet extinct. The point of no return is probably already passed and we probably can’t do much. But we should not lose hope, humans when working together to find a solution for the problem may come back even if we already passed the point of no return. The only sad fact is that big leaders of the world are not seeing this problem or they are ignoring it. Share this list and let try to stop animal extinction together. Any ideas or projects you can send to me using the contact page.